“I’m gonna tell you somethin’ that you all should know, Chicago is the best place I ever know…” – Jimmy Rodgers

I’ve written about Chicago before, but I love this city so much it deserves as second [and better] post!

Since I was joining “the 30 club” this year, I knew I could pretty easily talk some friends into doing a trip with me if I kept it state-side. I’m proud to say that my plan worked! This was my fifth or sixth time in the city, so it was fun to show a few around who hadn’t been before or at least to some of the places I’ve been to that I love.

We spent four days in this lovely town, and they were four days well spent! Let the birthday activities commence!

Fieldhouse Jones – It’s like a mix between a hostel and a boutique hotel. Maybe you’d call it an American-style hostel? I say that because they offer private rooms with private bathrooms [which is my kind of hostel!] so it’s not like the traditional ones in other places of the world where you rent a bed in a room with a bunch of random people.

It’s new and in a great location. You’re in the River North area, but it’s a little off the beaten path so you’re not right in the middle of everything. Yet, you still are as it’s only 2 blocks from a train station and a 10 minute walk to Hancock Tower or anything South towards the river. 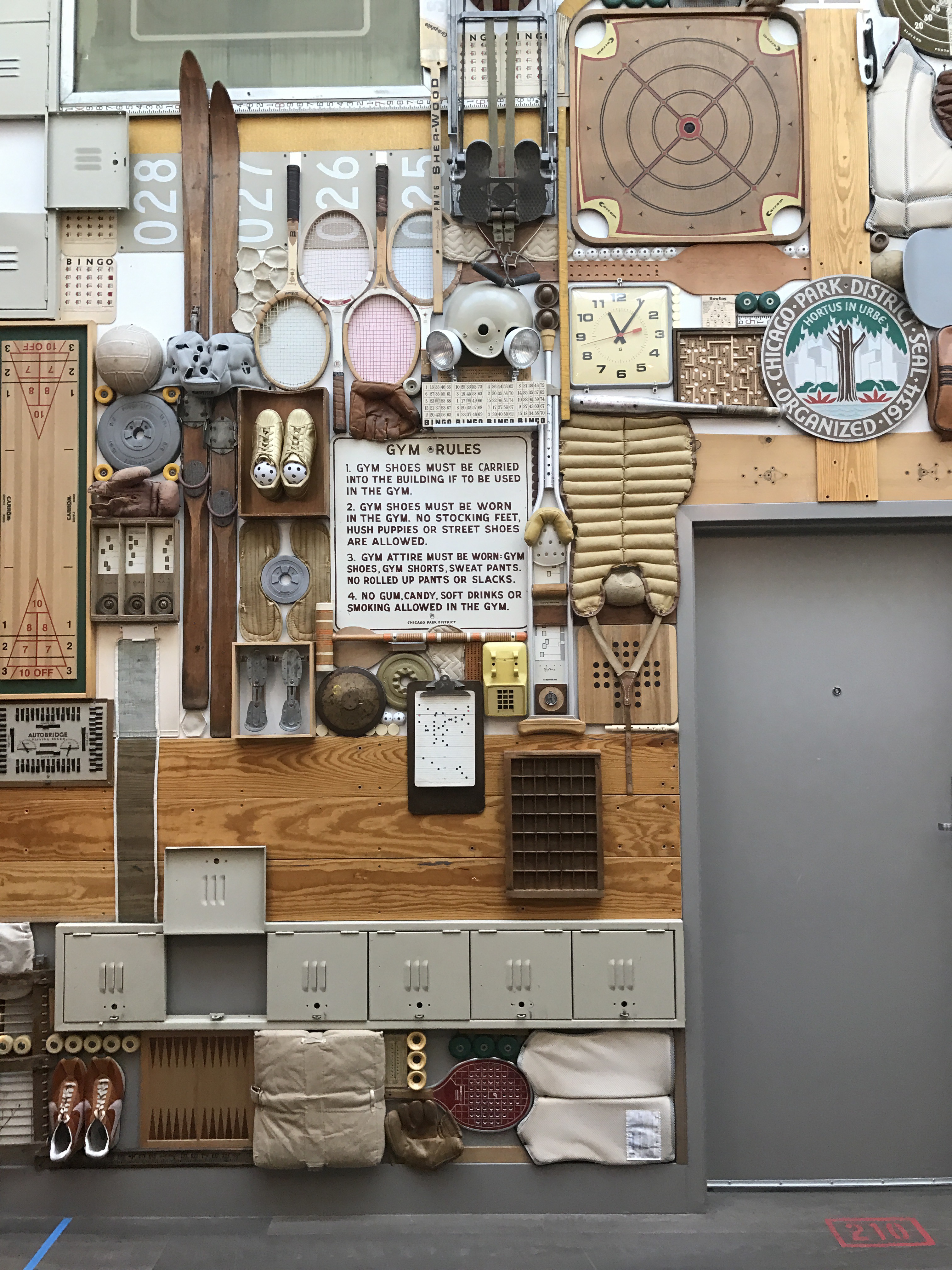 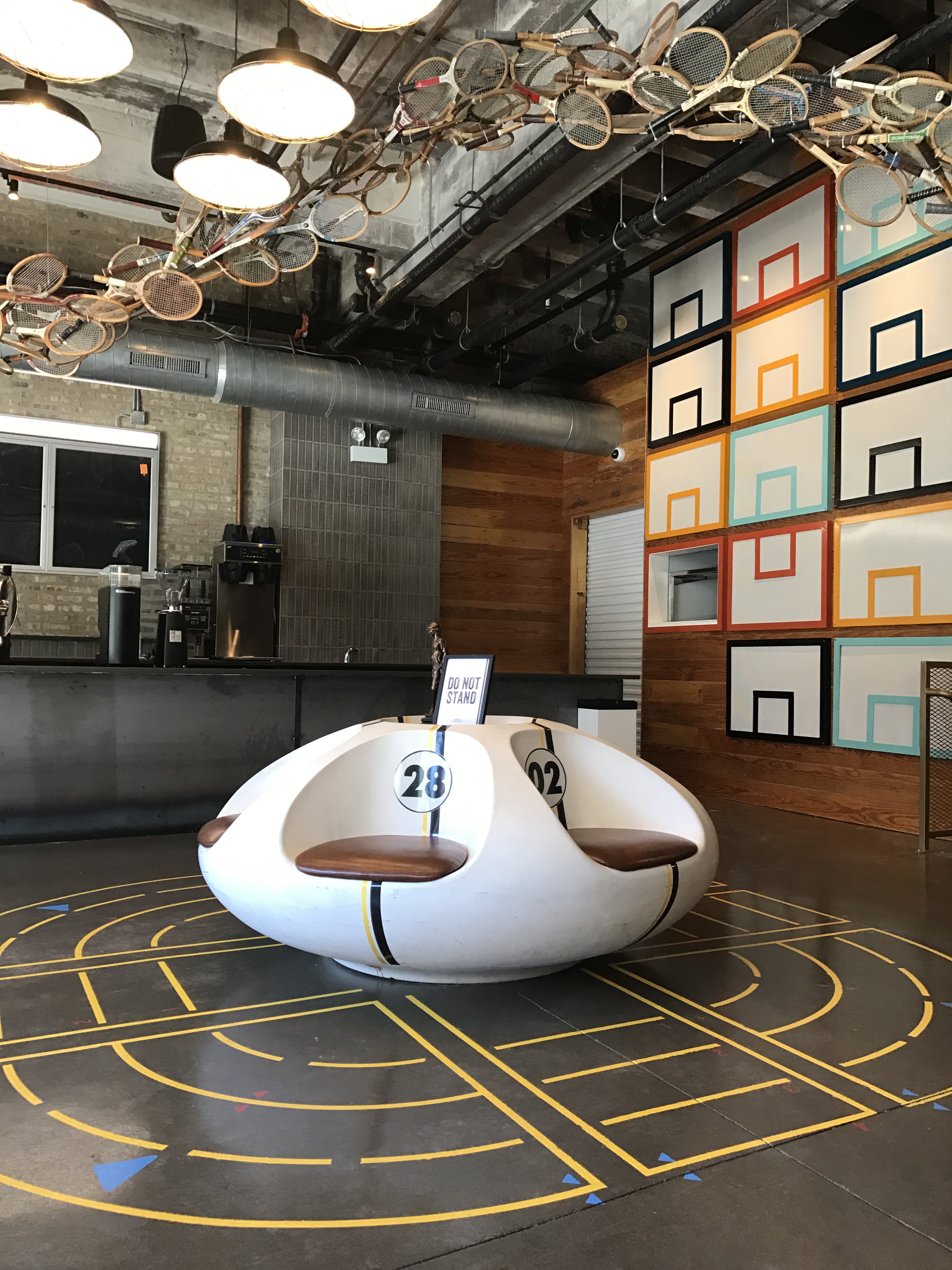 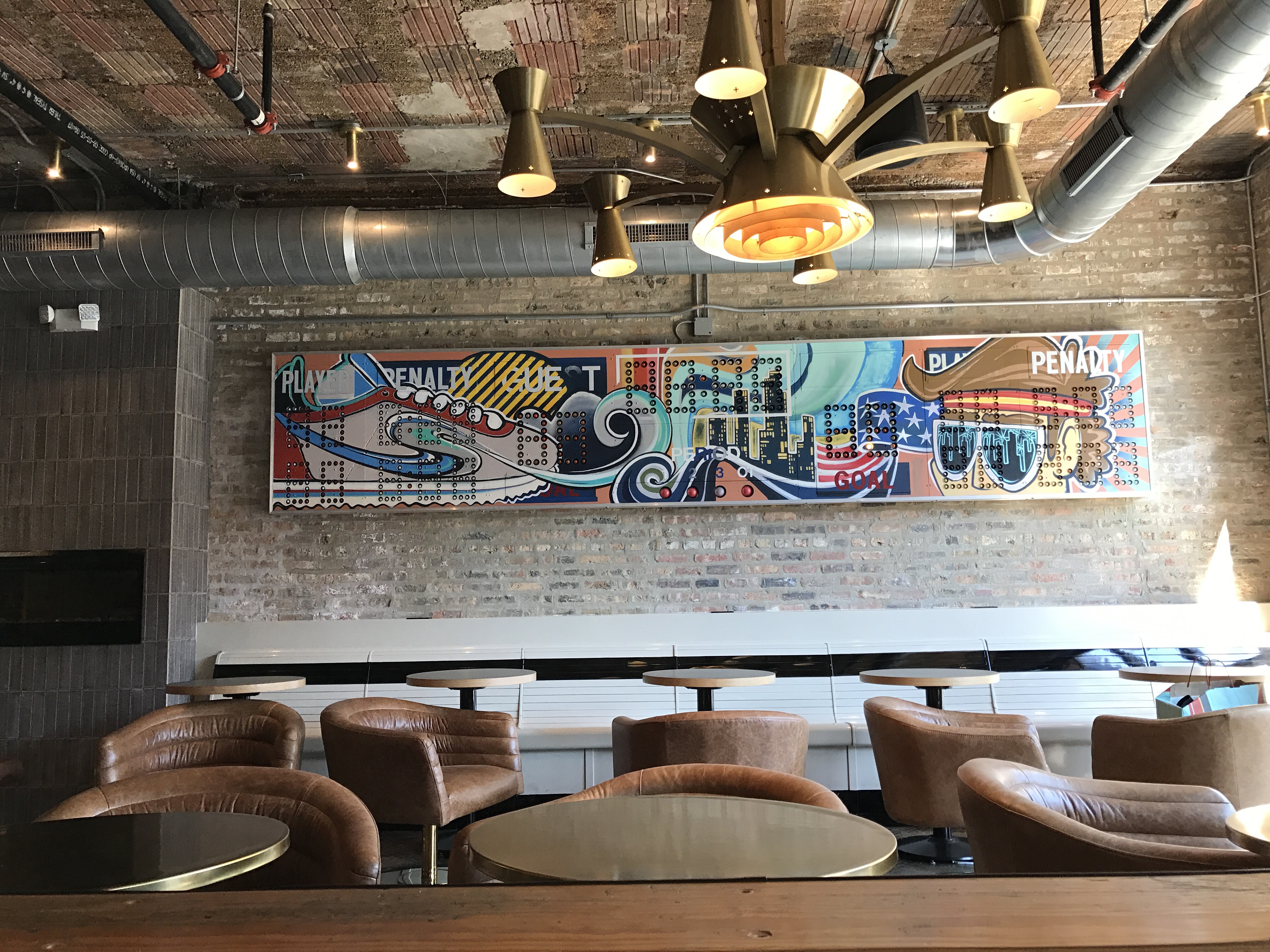 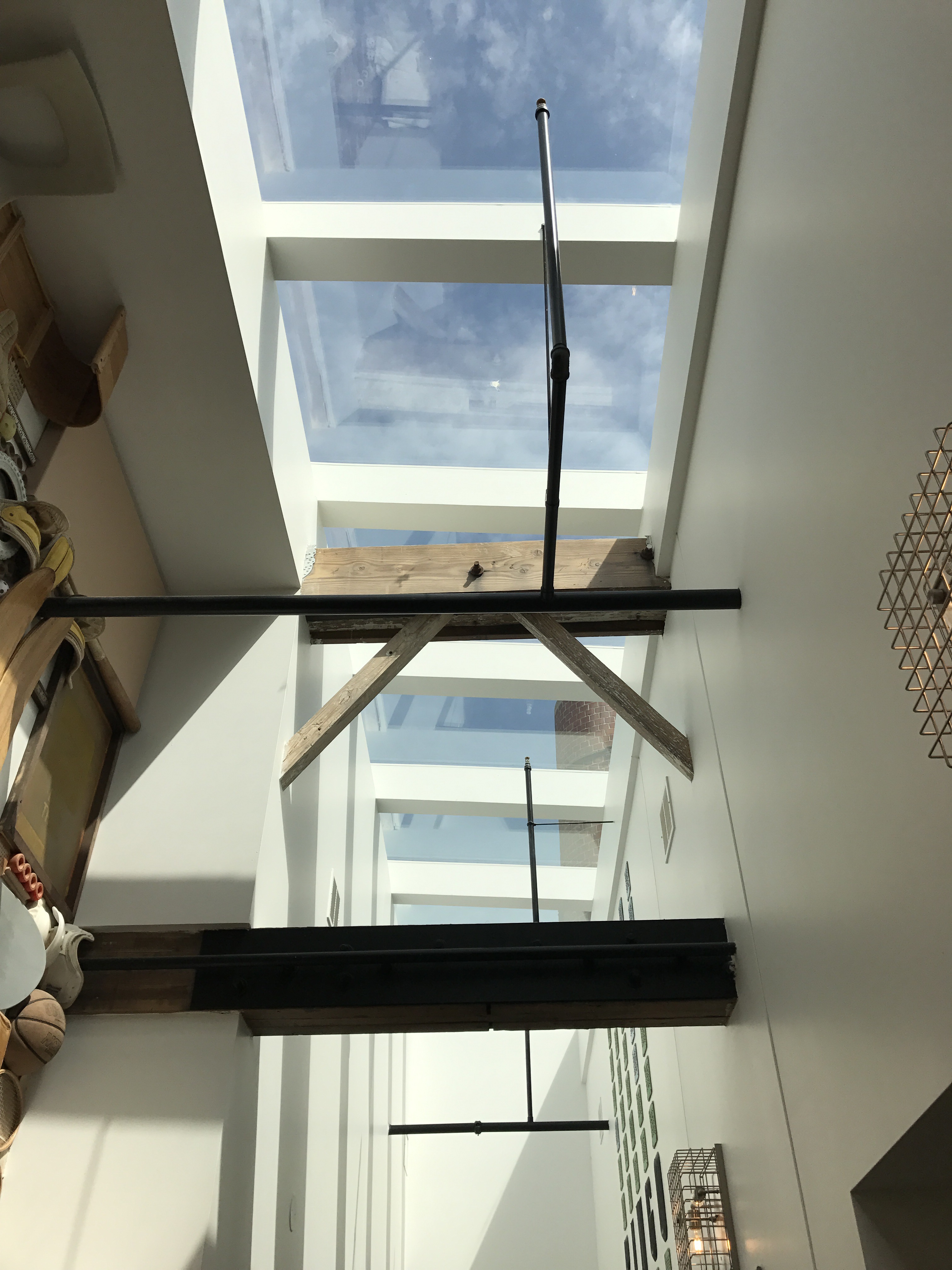 Cambria – I’ve stayed at this hotel on a previous trip, and if your looking for something that’s in the middle of the madness, then this is your spot! It’s a half block from Michigan Ave. and has a great rooftop for grabbing a pre-dinner drink.

[Really, this list should be “where not to eat” because there’s more good than bad food in this city…]

Portillo’s – Want a hotdog? Want an Italian beef sandwich? This is your spot. It’ll be crowded, but it’s lightening fast!

Mahalo – It’s in Wicker Park, but worth the short trek there from downtown. I will say that the food overall won’t blow your mind, but you can get a good, fresh poké bowl with their delicious pork fried rice [alright, that was hella good], drink out of a pineapple, and take some good Instagram-able pictures while you’re there. 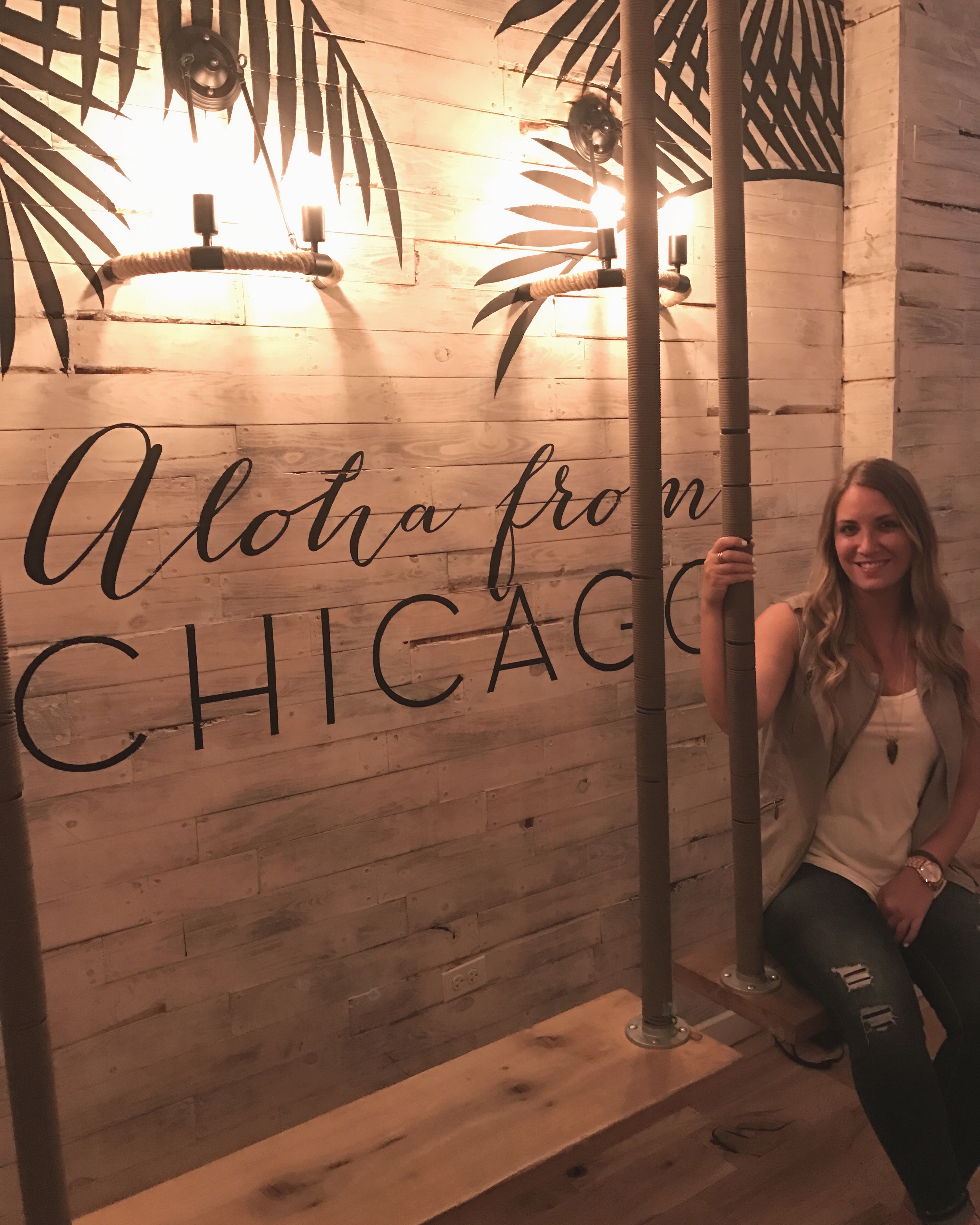 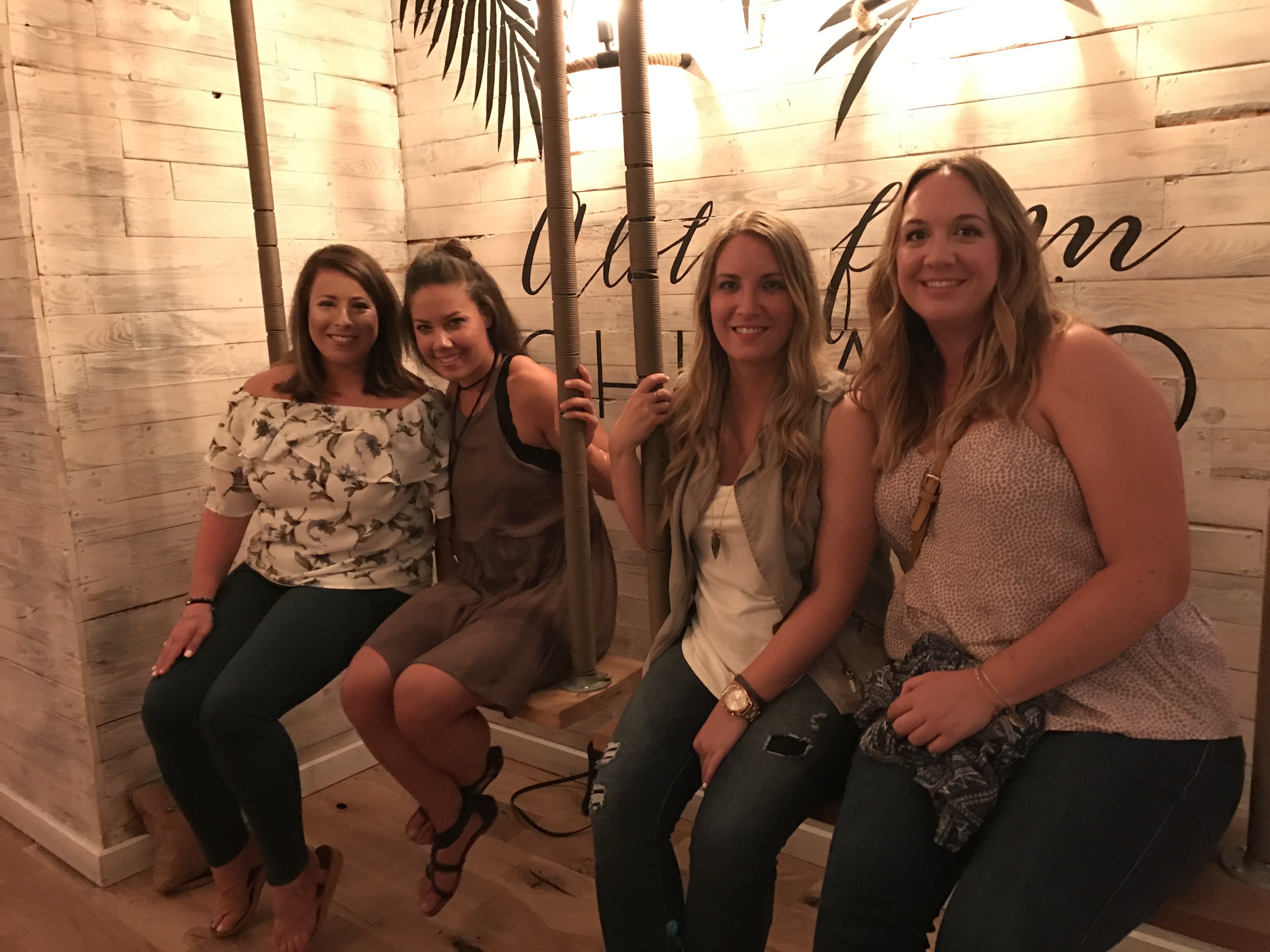 Hubbard Inn – I would highly recommend the bacon wrapped dates stuffed with goat cheese. Everything else we had was good, but those were GOOD. It’s also in a great location for wandering around for drinks afterwards.

Bridge House Tavern – it’s on the river so you’ll have great views if it’s a nice day! The food was good [we went for brunch], and they have specials every day. Sundays are $5 Bloody Marys and mimosas.

Go to the bean – because it’s just fun to go and take pictures. 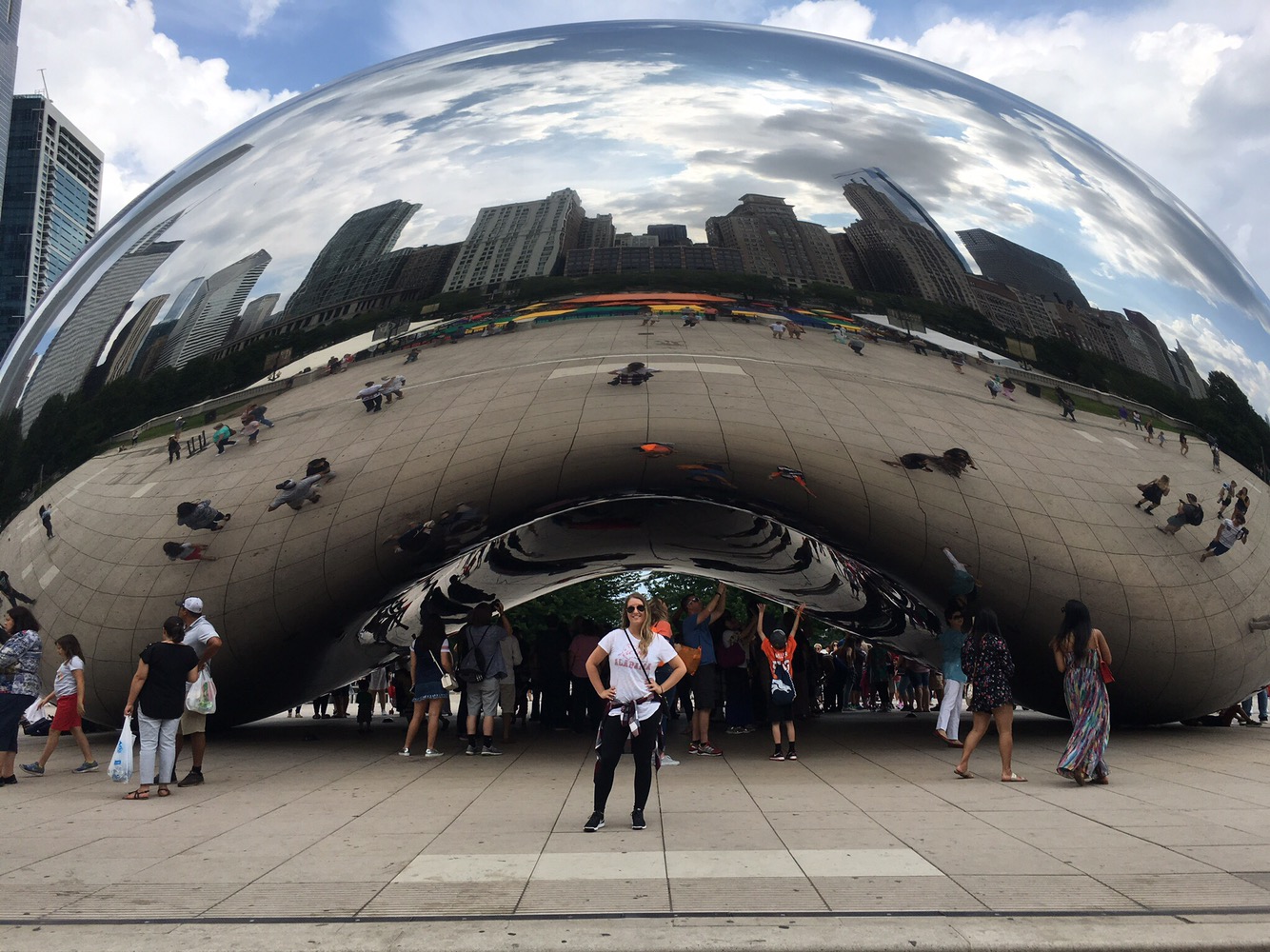 Go on an architecture tour – On a boat of course. After many visits I finally did one and it was the best touristy thing I’ve ever done. Money well spent! 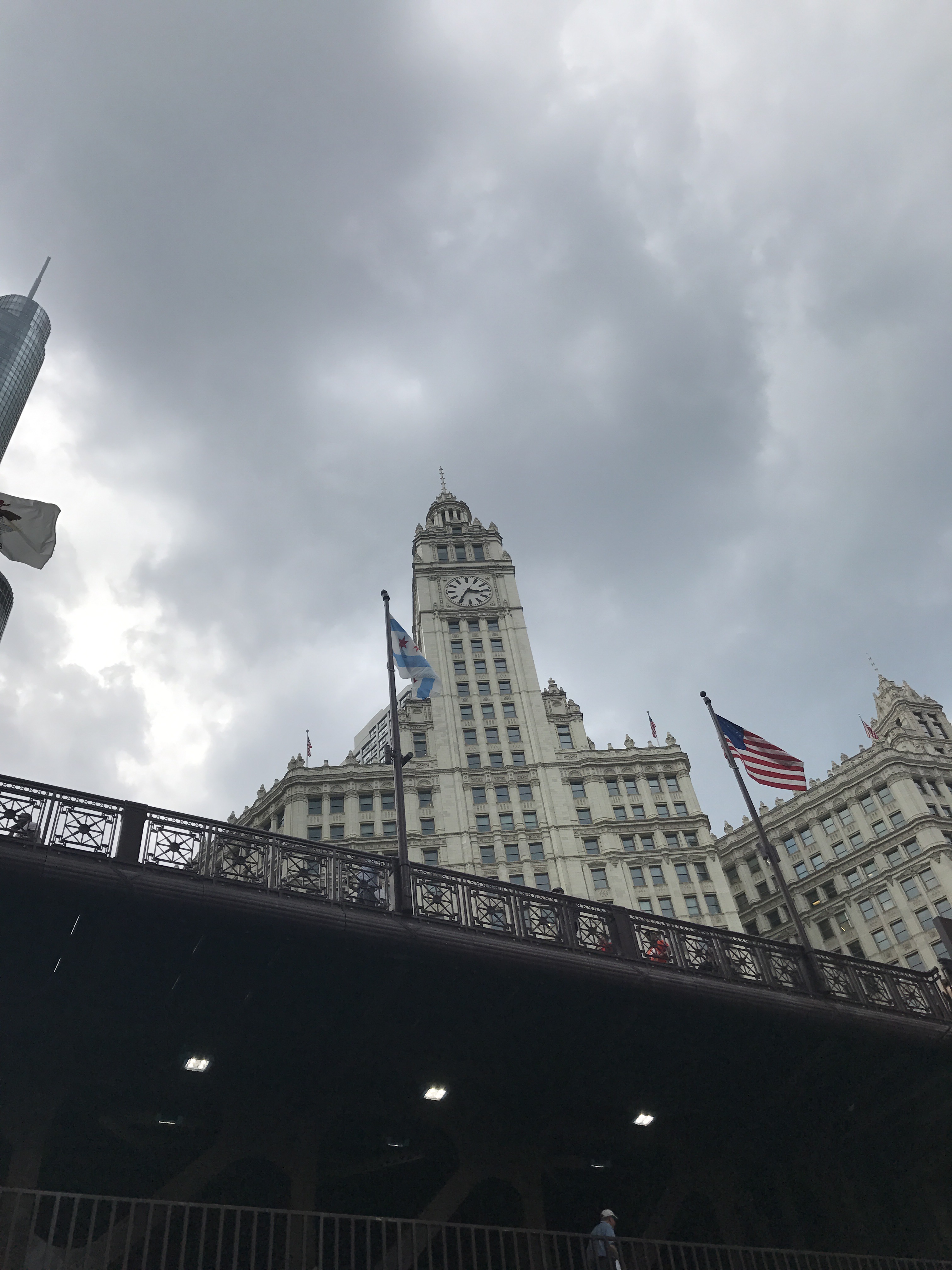 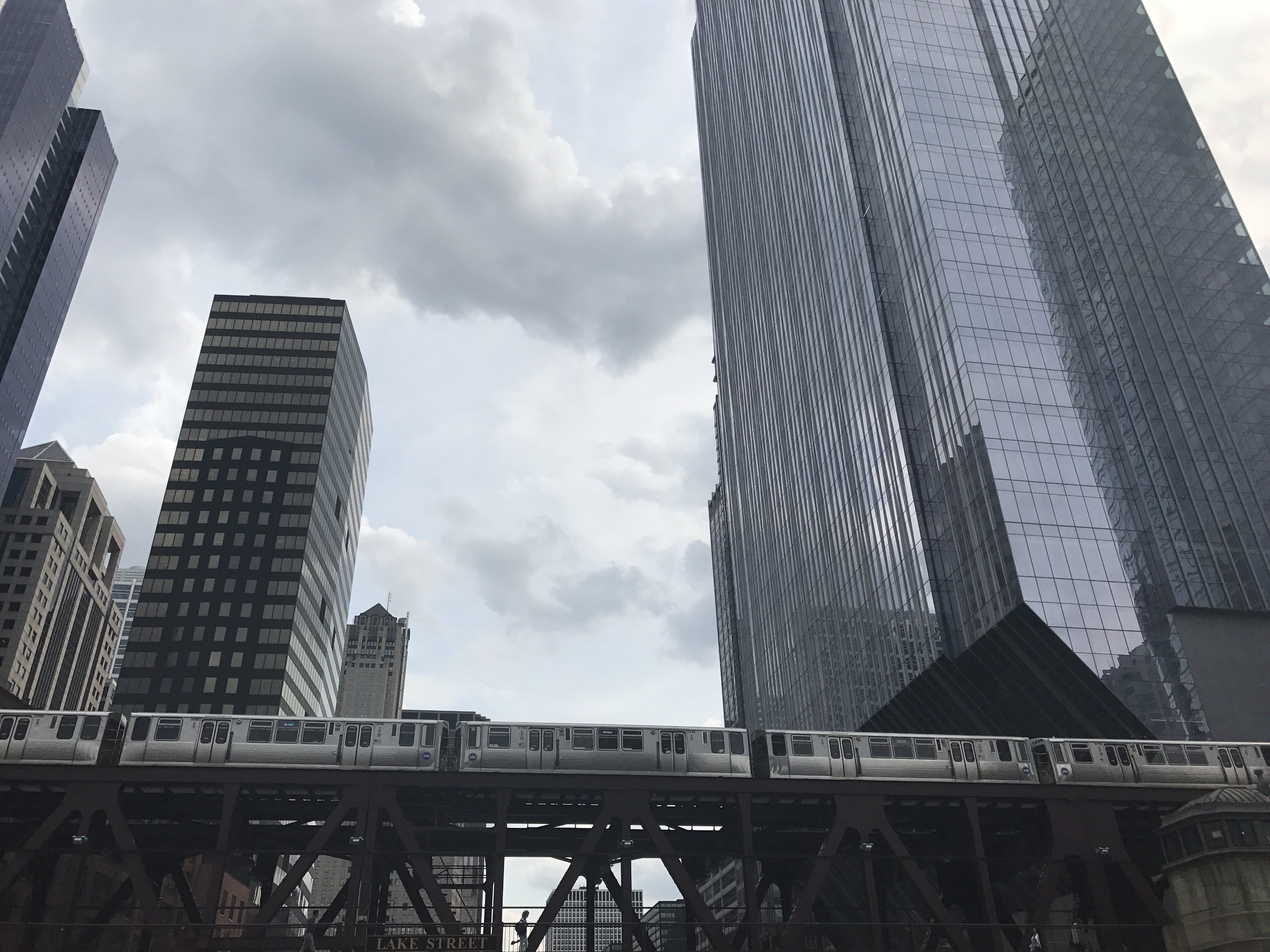 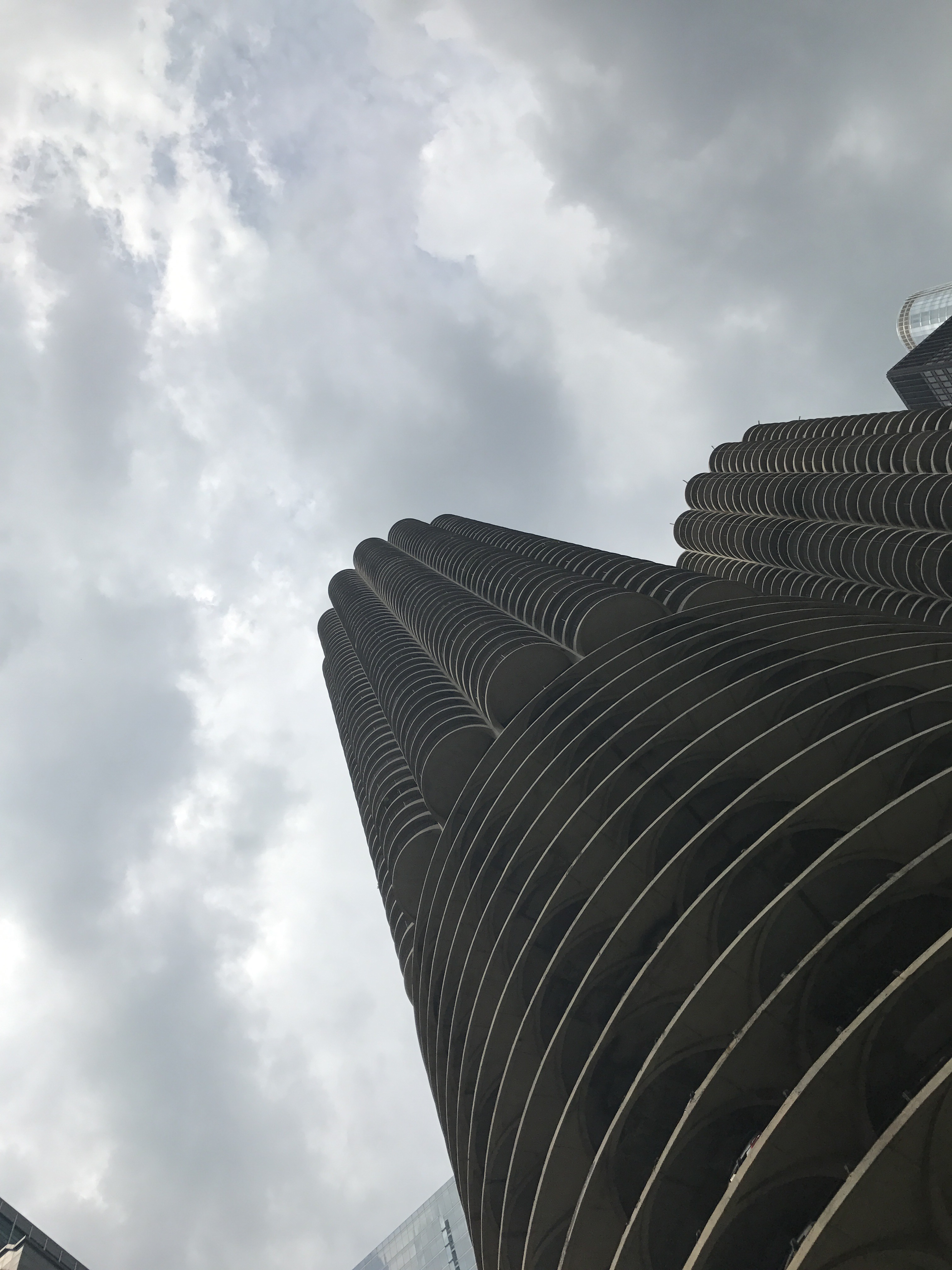 Go to Wrigleyville – If the Cubs aren’t in town, it’s still a lively neighborhood with your pick of bars and restaurants.

Hancock Tower – Get sunset drinks at The Signature Room on the 97th Floor – Skip the line at the Sear’s/Willis Tower and go here instead. You’ll pay $17 for a drink, but the views are incredible. 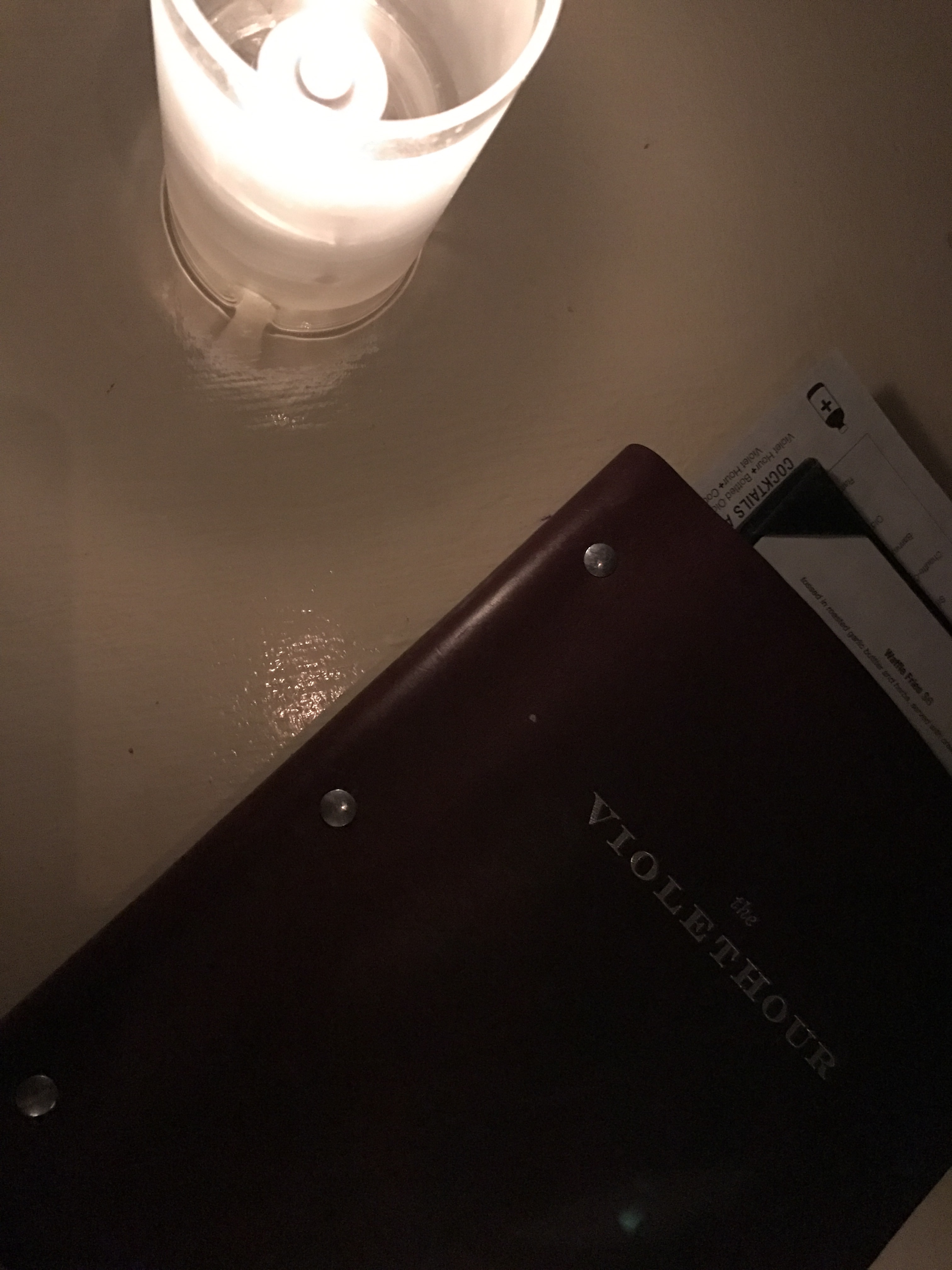 Three Dots and a Dash – Another speakeasy, but a tiki bar! Or as I like to call it… a Tiki-sy [cue laughter… but more likely groans].

Henry’s/The Rec Room – Really, the Rec Room is THE SPOT to go, but Henry’s is a good place to hang out before you can head down to the basement bar due to a wait list [eye roll]. It’s also completely worth the wait! It’s a great spot to dance without having to go to a club – if that’s the vibe you’re looking for. We went here two nights in a row because it was so fun!

Underground Wonderbar – Awesome jazz spot. There will be a cover, but totally worth it.

Big Star – A taste of the South in the Midwest. Live music, BBQ, and good beer. This should be a bar on your list, Southern or not!

Honestly, there are so many good places to go in Chicago where you can’t really go wrong. Wander around Hubbard Street [and probably wait in a line], but you’ll find somewhere fun to stumble into for a while.

Plan for good times! And those jeans to be a bit snug when you leave…

One thought on “Three-Oh in Chicago”